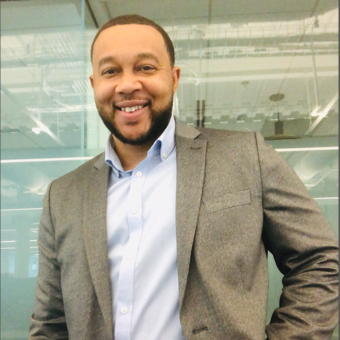 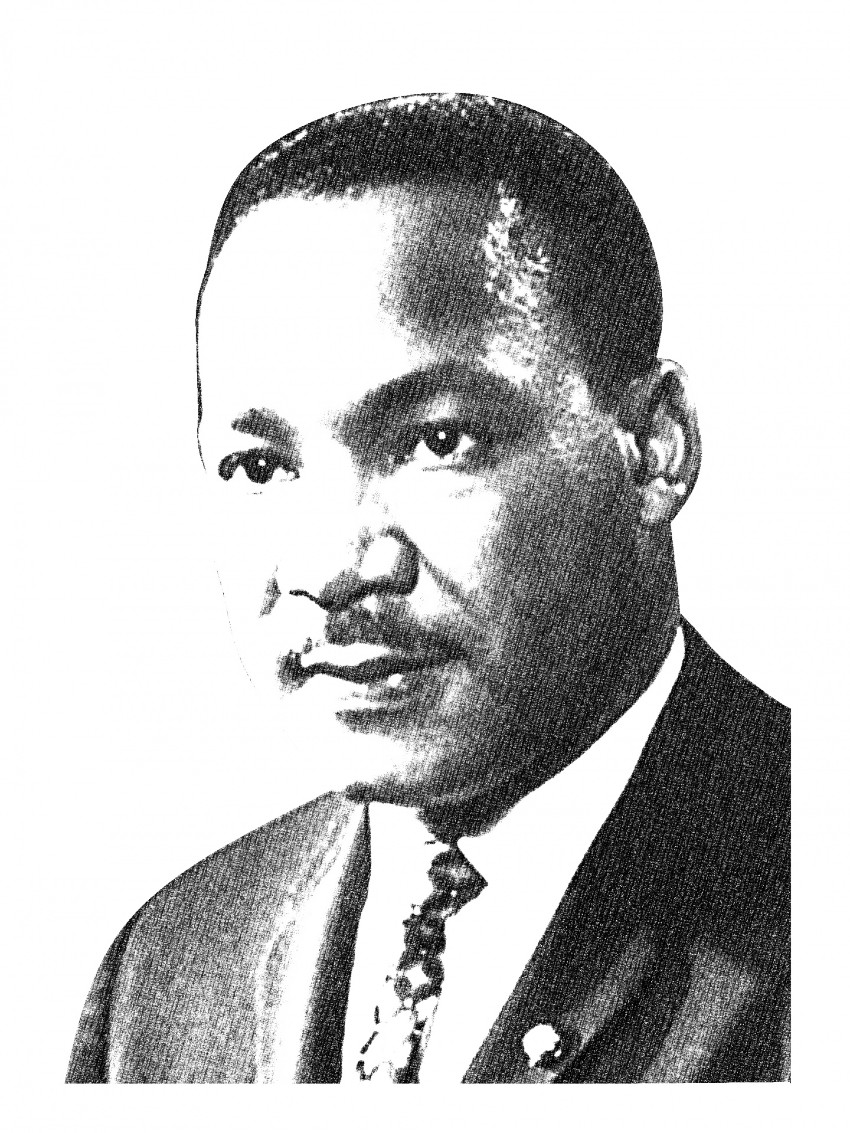 Rev. Dr. Martin Luther King, Jr. was born on January 15th, 1929, in Atlanta, GA and the second of three children. His father, Martin Luther King, Sr. was a pastor and his mother, a former school teacher. They lived in the city’s Sweet Auburn neighborhood which was then home to several of the most prominent and prosperous African Americans in the country. King was a very gifted student and at the tender age of 15 was enrolled in Morehouse College, where he studied medicine and law. A far cry from what many thought he would do, which was to follow in the footsteps of his father and pursue ministry.  While there, he was being mentored by Dr. Benjamin Mays who was a very influential theologian and advocate for racial equality. It was through his mentorship that Martin Luther King, Jr. changed his mind and after graduating in 1948, entered Crozer Theological Seminary in Pennsylvania and earned a Bachelor of Divinity degree, won a prestigious fellowship, & was elected president of his predominantly white senior class.

King then completed his PhD coursework in 1953 after enrolling in a graduate program at Boston University and received his doctorate in systematic theology in 1955. It was while in Boston that he met his future wife, Coretta Scott who was from Alabama, studying at the New England Conservatory of Music. The couple wed in 1953, settled in Montgomery, Alabama where Martin became the pastor of Dexter Avenue Baptist Church. After only having lived in Montgomery for less than a year, the highly segregated city became the epicenter for the fight of civil rights in America. Though Brown v. Board of Education took place in 1954 (a decision by the US Supreme Court), and the lynching of Emmett Till in 1955 (in Money, MS) sparked the civil rights movement that would turn a blaze.  The economic downturn of the civil rights movement struck Montgomery, AL through the protest of Rosa Parks, a secretary of the local chapter of the NAACP. For 381 days, African-Americans would boycott city transportation causing it to lose between 30,000 to 40,000 bus fares each day. By the time the U.S. Supreme Court ruled that segregated seating on public buses was unconstitutional in November 1956, Dr. King had already entered the national spotlight as an inspirational proponent for organized, non-violent resistance. It was then that King became a target for white supremacist, having his family home firebombed by them two months later in January 1957.

Through the historic timeline of the Civil Rights Movement, we see Dr. King’s involvement in the founding of the Southern Christian Leadership Conference (SCLC) which was a group committed to achieving full equality for Black people through non-violent protests. King and others from the SCLC committee, such as Ella Baker, understood that it was going to take the effort of both young and old. There were young Black activists who, by motivation of the movement, participated in peaceful but direct-action protests. These activists were those named Diane Nash, John Lewis, James Bevel, & Marion Barry. Ella Baker invited these young black students to Shaw University in Raleigh, North Carolina for a meeting. From this meeting, the Student Nonviolent Coordinating Committee also known as SNCC was formed. Through a series of organized events where marches for racial equality took place, like the Montgomery Bus Boycott, The Albany Movement, Freedom Rides, Voter Registration Campaign, The Birmingham Campaign, they led to the March on Washington for Jobs & Freedom in 1963.

For many, all that we know about Martin Luther King, Jr’s speech at the Lincoln Memorial is the “dream” that he had. Interestingly enough, this dream was never an original part of the message he intended to deliver. On August 28th, 1963, while the Civil Rights Movement was in full swing, Dr. King delivered a speech during the event of the March on Washington that was geared solely on economic inequality, and civil injustice for African Americans. The substratum of his speech spoke directly to the reality that Blacks in America are not truly free! King talked about “cashing a check”. This check which was written by America that came back marked as “insufficient funds” as it relates to the guaranteed unalienable rights of life, liberty, & the pursuit of happiness for Blacks.

He went on to say...”But we refuse to believe the banks of justice are bankrupt! We refuse to believe that there are insufficient funds in the great vaults of opportunity of this nation! And so we’ve come to cash this check, a check that will give us upon demand the riches of freedom and the security of justice!” - MLK, Jr.

Dr. King’s I have a dream speech was one that he delivered a number of times before in speeches that he gave throughout the movement for different events. He did not feel that it was necessary to utilize this text for this matter. But through the encouragement of his dear friend Mahalia Jackson, he improvised midway through his original speech. Thus the “I Have a Dream” speech was immortalized. This catapulted his notoriety and cemented his reputation both domestically and abroad being named later that year as “Man of the Year” by Time magazine then becoming the youngest person ever to win the Nobel Peace Prize. Let us not forget that his achievements did not come without persecution. On April 3rd, 1968, Dr. King arrived in Memphis, TN in support of the sanitation workers’ strike, to aid in non-violent demonstration and give yet another speech. When he arrived in Memphis that early afternoon, he told a group of striking sanitation workers “We’ve got to give ourselves to this struggle until the end. Nothing would be more tragic than to stop at this point in Memphis. We’ve got to see it through”. That night there was a mass meeting scheduled at Mason Temple Church where Dr. King was the guest speaker. However, it had been pouring down raining and King did not feel well at all. He had asked Jesse Jackson to go in his stead while he rested at the Lorraine Motel. When Jackson arrived at the church, the anticipation for Dr. King was so overwhelming that King’s staff called back to the motel room and asked him to come for just a few moments and say a few words because the people were greatly expecting him. When King arrived, he thought he would be delivering a few remarks. However fate would say otherwise. He delivered a speech that clearly articulated he knew the end was near.

“…I got into Memphis. And some began to say the threats, or talk about the threats that were out. What would happen to me from some of our sick white brothers? Well, I don't know what will happen now. We've got some difficult days ahead. But it really doesn't matter with me now, because I've been to the mountaintop. And I don't mind.

Like anybody, I would like to live a long life. Longevity has its place. But I'm not concerned about that now. I just want to do God's will. And He's allowed me to go up to the mountain. And I've looked over. And I've seen the Promised Land. I may not get there with you. But I want you to know tonight, that we, as a people, will get to the Promised Land!

And so I'm happy tonight. I'm not worried about anything. I'm not fearing any man. Mine eyes have seen the glory of the coming of the Lord.” 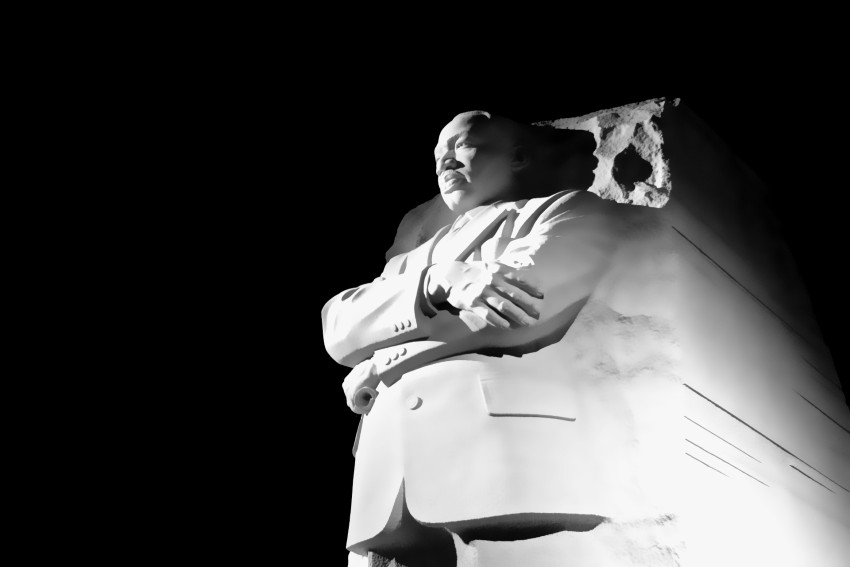 That next morning Dr. Martin Luther King, Jr was assassinated. What is often underestimated is the significance of the life in which he lived.  African Americans have graced this country with their presence since their arrival to the coast in 1619. Only one African American in the history of this nation has been given a federal holiday to commemorate their life and legacy. Though many Afro-Heritage individuals have been acknowledged, none have been memorialized to this degree. Since his death, we are only 54 years removed from his life’s work that continues living on to this day. For context, the lives of many of you reading this article is all the timespan that has elapsed since and that is why the march still continues. Yes much change has been made, but there is still a way yet to go.

Since the inception of the Employee Resource Groups here at Diversey, Inc., we have set goals to bring about a better tomorrow. In doing so, Diversey has elevated its respect towards the Martin Luther King, Jr. federal holiday by acknowledging its observance with a paid holiday for all U.S. employees for the first time in our company’s 100 year history! This is something meaningful because without the dramatic groundwork for equality, laid by Dr. Martin Luther King Jr., in addition to many others, Blacks would not have had the ability to showcase their talents. Diversey is therefore making strides to acknowledge the contributions that Afro-Heritage individuals such as myself, have made to this great company.

For more information on the life of Dr. Martin Luther King, Jr. and his work, please visit the Black Professionals Network.