This year’s Federation of Welsh Grassland Societies over-all Milk Hygiene competition winners are JJ Peters & Son, Sunnyhill, Crundale, Haverford West, and this on their first time of entering the competition.

The competition, sponsored by Diversey, is becoming a very sought after award, and this year’s competition was no exception. The judges John Griffiths, Coleg Sir Gar/Gelli Aur; and Michaela Rowlands, Diversey (Industry sponsors) both agreed that Sunnyhill are very worthy winners.

Initially they were presented with the Small producer award (up to one million litres per year) and then went on to win the main category for over-all Welsh winners.

Competition Judges presented the following notes on each farm: 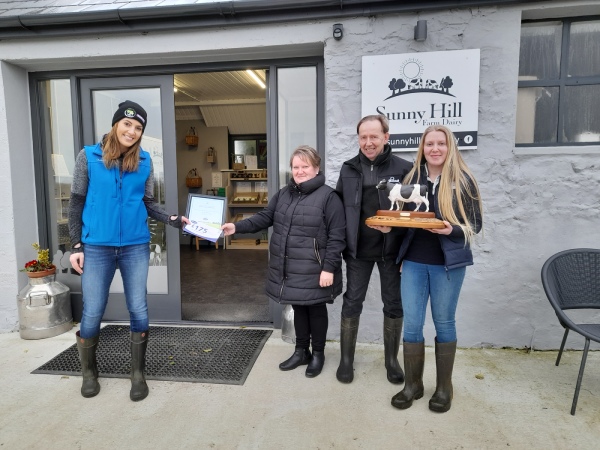 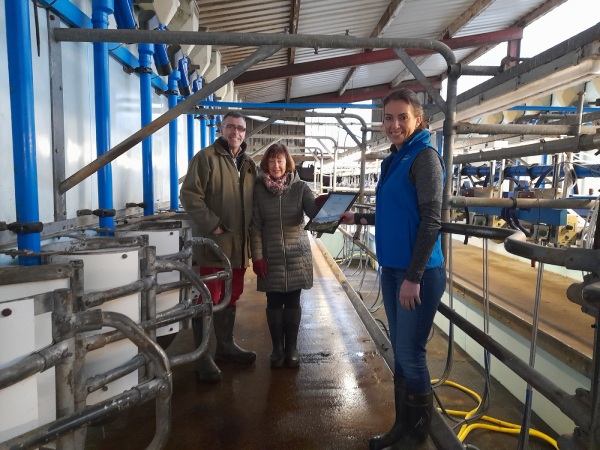 Most Improved: John Young Farms- Neuadd Farm Abergavenny (Comparing the Quality of the first 6 months production against the last 6 months of the Quota year). 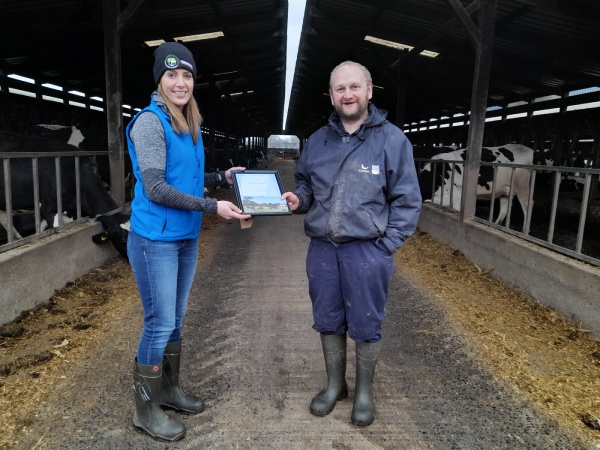 FWGS secretary Charlie Morgan said celebrating the achievements of the very best in Welsh farming would inspire others to raise the bar for the whole industry.

“I would like to take this opportunity to pay tribute to the judges who had travelled to visit the competitors to see these farms first hand. The COVID 19 pandemic has impacted greatly but our farmers continue to produce at very high standards’’.

“We are delighted to have won the award in our first year of entering! … Six months ago, we opened a milk vending machine on our farm yard, selling our pasteurised organic milk to the general public.  We are very proud on winning this award, which will obviously be excellent publicity to support and promote the quality of our milk”.

For further information on the competition, please contact Charlie Morgan on 07786 397673.