Two distinct initiatives undertaken in 2017 by Diversey’s Supply Chain team at the company’s Socorro facility in Sao Paulo, Brazil, provided excellent examples of our beliefs that at its core, sustainability equates to the reduction of waste and that reducing waste is not only good for the environment, but makes good business sense.

With assistance from Planning, Procurement, R&D, and Marketing, Supply Chain produced impressive results. Not only did they reduce the costs associated with waste disposal by 17 percent, which generated savings of nearly $75,000 (U.S.), but they also reduced the volume of waste discarded by 38 percent compared to the year before, which equated to a reduction of more than 91,000 tons of waste.

Meanwhile, Supply Chain also turned their attention to reducing the amount of water used in the process of sanitizing the equipment used in production. To complete that task, the team used a Diversey product called Divosan Forte. Previously, it was used in a 0.9 percent dilution, which required that all equipment be rinsed after use. Last year, the team tested a 0.13 percent solution that did not require rinsing except in the pipes where the solution accumulates.

In short, the initiatives launched by our Socorro Supply Chain team illustrate that imagination, hard work and a commitment to principles of sustainability can produce results that lighten the environmental impact of a company’s operations while simultaneously reducing its operating costs. That, in turn, is a classic example of what we mean by “win/win.” 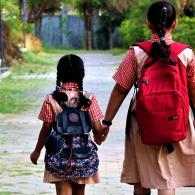 Diversey Team In Nalagarh, India Shows What It Means To ‘Give Back’
Diversey employees participating in an initiative of their own creation named…
END_OF_DOCUMENT_TOKEN_TO_BE_REPLACED